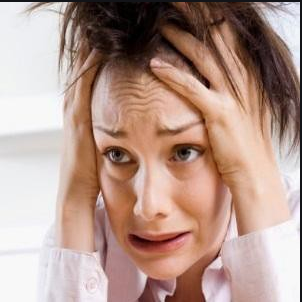 In the recent months, curve ball after curve ball have been thrown at the world, leaving people everywhere with no choice but to adapt to the “New Normal.”

In its own way, the same thing is happening on the Oklahoma City Community College campus.

Recently, there have been a slew of changes at OCCC–from a change in class format to a change in staff. But perhaps the biggest change is the continuing use of online-only classes.

But, how did the college come to be online-only?

First Day of Shutdown
On March 12, college administrators mandated the campus be closed and all classes would shift to be done online for only two weeks after students returned from spring break. That decision quickly changed.

Post Spring Break
The decision to stop all on-campus traffic for the remainder of the semes-
ter came on March 25 only three days after returning from spring break, when the city government required that all non-essential businesses close to slow the spread of COVID-19.

Administrators sent all students, faculty and staff an email dictating the campus was to be closed that same day and would remain closed until further notice. The email also stated that all classes would shift online.

Although the email ensured students
that they would be able to continue their classes, it didn’t give much more information other than there was a hotline set up for students to ask questions about the changes to on-campus services.

Panic and Confusion
While students understood why the change was happening, that didn’t mean they were happy with it. One student worker, who wishes to remain anonymous due to concern over retribution, said that the phones that day
were going crazy.

“From the moment the email went out, the phones were ringing off the
hooks,” the employee said.

“Some students were very upset, calling demanding refunds and using some not so nice language.”

The employee said the office’s ability to respond to students was hampered because they and their coworkers hadn’t been giving any information prior to the announcement going out to students.

“We didn’t even know what to say. We found out about [the closure] from a
student who called asking about it,” they continued.

However, not everyone had the same reaction to the situation.

“Some of my classes were already online, so for me, doing all of my classes online wasn’t a big deal. To be honest I kind of prefer online classes anyway,” she said.

“Even though the email said that em-
ployees would continue to be paid, we weren’t sure if that would include student workers. Some of us even thought we’d be let go by the end of the day,” one student worker, who also wishes to remain anonymous, said.

The college has since reopened allowing employees to work and for students to use on-campus resources such as the writing center and the library. Also, some hands-on learning has also returned this term for several courses.

It is unclear when the campus will reopen for normally scheduled classes.