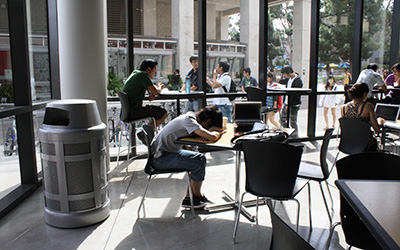 Most of the complaints I hear from students with drive is about the students who don’t seem to care at all.

Nothing makes me happier than people getting an education and trying to advance themselves, but so many people here just seem like they’re only wasting their money and other people’s time.

How does a school official distinguish between a troubled student with drive and an apathetic student just going through the motions? At what point can you even make the distinction between somebody who isn’t getting the help they need and somebody who can’t be helped?

This is definitely not a popular topic, but spinning your wheels in school can be expensive — although this school is relatively forgiving in that area.

Nothing is more discouraging in a class than when the professor asks a question and nobody raises a hand, so the professor has to ask about five more times.

I often wonder how some of the people I talk with got through the enrollment labyrinth, somehow OCCC brought them to water, yet, they can’t make them drink.