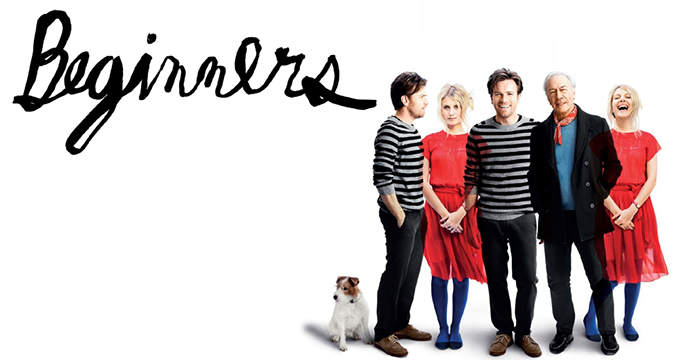 So a while back, someone recommended this movie to me called “Beginners.”

I watched the trailer and, at that point, realized I would need to save this movie for a time when I could actually enjoy it, instead of just cramming it in between classes. I say this because just the trailer alone almost made me cry.

The movie focuses on a 38-year-old Oliver, played by Ewan McGregor.

Oliver is trying to come to terms with the fact that his 70-something dad, Hal, played by Christopher Plummer, has just come out as being gay after his wife (Oliver’s mom) died.

The trailer reveals Hal gets cancer, but also finds a younger lover, and re-discovers life through him and their group of gay-pride friends.

Throughout this, the song “Stardust” by Hoagy Carmichael is playing, just to prove the fact that this is a thought-provoking, honest look at life.

Oliver, meanwhile, is a successful graphic artist, but unsuccessful in romantic endeavors.

That is, until he stumbles across Anna at a costume party, played by French actress Melanie Laurant.

The theme of the movie isn’t exactly relevant to someone my age, but it’s a positive message overall about coming together, and how you’re never too old to start over again, which I liked, since no one really preaches that too much these days.

The movie features a decent amount of dialogue, and is probably not ideal for someone who needs superheroes and explosions in their movies.

It’s a romance, obviously, so if your masculinity is threatened at the mere mention of the genre, you’d better stay away.

There are a few flaws (at least I think so) with the movie, namely that Oliver somehow struggles to accept and realize that a beautiful French girl is head-over-heels for him.

However, the pros far outweigh the cons here, as “Beginners” is perfectly watchable alone, or with another special someone.