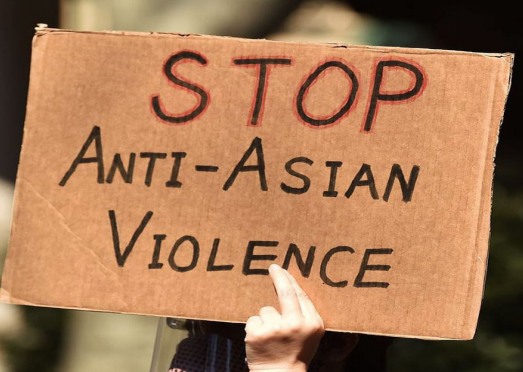 As COVID-19 numbers continued to rise throughout the United States, crimes and acts of hate towards Asians and Asian-Americans have also risen.

Early during the pandemic, many politicians such as Joe Biden, Sen. Elizabeth Warren, Bernie Sanders and many more, have spoken out against the use of anti-Asian remarks regarding COVID-19.

To this day, many of these politicians continue to battle against the negative stigmatization surrounding COVID-19 and the Asian-American Pacific Islander community.

According to a study done by the Center for the Study of Hate and Extremists at California State University, researchers have discovered a spike of hate crimes against Asian-Americans.

Between 2019-2020 the rate of hate crimes against Asian-Americans rose 149%, even though hate crimes rates for other communities have dropped.

The organization known as Stop Asian-American and Pacific Islander Hate, or Stop AAPI Hate, recorded approximately 3,800 incidents of hate that were directed toward Asian-Americans during the first year of the pandemic.

These incidents ranged from physical violence to verbal assaults.

According to CBS News, in early February 2020, a Los Angeles man went on an angry rant about COVID-19 and China directed toward the only Asian-American passenger on board public transportation.

According to CNN, in early April 2020, an Asian woman was attacked on a New York bus and sent to the hospital after four teenage girls told her that she caused COVID-19 and hit her over the head with an umbrella.

Three of the four girls were arrested and charged with hate crime assault and menacing and harassment.

Even CBS News Senior White House Correspondent Weijia Jiang recalled an instance in March 2020 where she witnessed an unnamed White House official referred to COVID-19 as the “kung flu”.

Of course there have been many violent acts against Asians across the country including a 66-year-old New York resident being punched in the face unprovoked and a 76-year-old woman from San Francisco who was battered in a sucker-punch attack just last week.

Recently, there was yet another attack that affected the AAPI community and shocked the nation.

A shooting in Atlanta, Ga. left eight people dead, six of which were Asian or Asian-American.

According to the Cherokee County Sheriff’s Office, Capt. Jay Baker said Long claims the attacks were not racially motivated, though charges for a hate crime have not been ruled out as most of his victims were Asian.

However, the discovery of a Facebook post of Baker, coupled with a comment he made referring to the shooting as Long having a “bad day”, promoting sales of an anti-Asian T-shirts that read “Covid 19 IMPORTED VIRUS FROM CHY-NA” has caused many people to call into question Baker’s ability to remain unbiased during the investigation because of the implications his post has on his views regarding COVID-19 and the AAPI community, NBC News reported.

According to People News, Baker has now been removed from the case.

Though motives for the shooting are still unknown, according to social media posts and comments, many people across the country have begun to speculate whether the attack was motivated by the negative stereotype regarding the AAPI community and COVID-19.