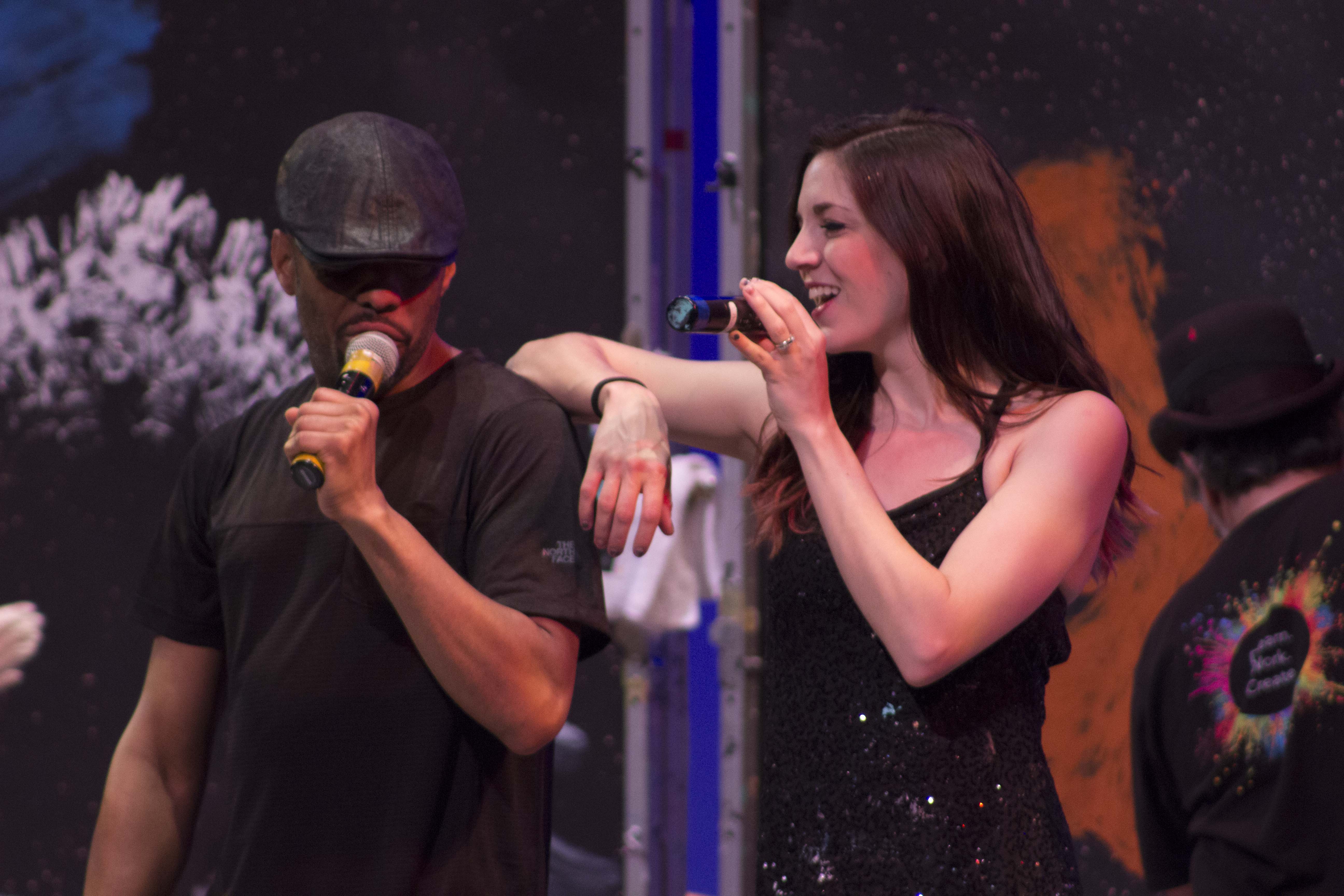 The theatrical and musical troupe known as Artrageous will appear at the Visual and Performing Arts Center tonight at 7:30. The group performed a short preview for students with singing, dancing, painting, and a bit of fun.

Founded in 1980, Artrageous has performed shows on a national level and abroad. Their current tour, spanning more than fifty dates, has landed them at OCCC.

Their preview had members singing pop tunes with the accompaniment of a live band behind a set of canvases. As they sang, other members, such as choreographer and costume designer Lauri Francis, walked up to the canvases and created elaborate art pieces.

“I’m feeling really great. Kind of excited. It was a good starter to get the energy going for tonight, so yeah, excited,” she said.

She led the conversation at one point of the presentation, asking the group of students attending ‘Who likes music? Who likes art? It’s such an important part of us, and we want to share it with you.’

Students raised their hands and cheered at the passing movements of the elaborate preview. Some were asked to come onstage to sing and dance. The room’s energy and charm complemented the performers and by the end, everyone invited on stage had inflatable guitars and microphones and were dancing to “Satisfaction” by The Rolling Stones.

John de Wolf, president of Celebrity Enterprises Inc., the management company for the group, played the bass onstage and has been involved with the troupe since its inception. Hailing from Vancouver, his goal for the show is to be inclusive and create an experience for those attending.

“Art is how we help connect the dots. What we want to do is get people up, and ideally onstage, because they’ll probably remember that for the rest of their lives, and we think it’s more fun than just watching,” he said. “Everything you see is because we are able to be a good team.”

Francis said the key to an artistic life is to build a team, and not be afraid to fail. “Get onstage and fail. That is the best learning experience,” Wolf echoed.

“Be a good person, build a team and don’t be afraid to fail. Anything is possible after that.”