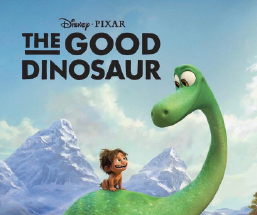 Growing up in the late 1990s to early 2000s, there wasn’t anything more important to me as a kid than a Pixar movie.

From Toy Story to Monsters Inc., the acclaimed film studio’s output was always a very big deal to me, and I had to see any movie they released. 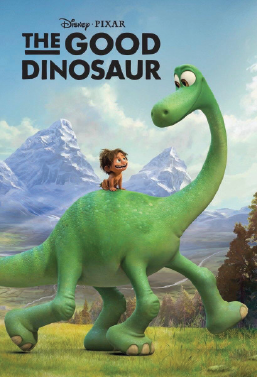 Fast forward to 21-year old adult me in 2016, and absolutely nothing has changed at all. I can safely say that this is probably the case for most people my age, and it’s not something to be ashamed about. Last year, for instance, my mom and I saw Pixar’s wonderful new film “Inside Out,” and I definitely cried.

So, after seeing the trailer for Pixar’s second 2015 movie “The Good Dinosaur,” I had to say I was pretty dang excited. When the movie released in late 2015, it received mixed reviews and I heard from numerous people that it wasn’t that good.

Because of this, I didn’t get around to seeing it until a couple months after. The film follows a troubled dinosaur who gets separated from his family and spends the film trying to get back home, tackling his fears along the way.

The animation in “The Good Dinosaur” is magnificent, which is something that is expected of Pixar at this point, but it’s wonderful even to their standard. The dinosaur traverses rivers, forests and storms en route back to his family, and the animated wildlife is absolutely stunning. The dinosaurs themselves are overly cartoony, and it’s very cool the way they contrast with the super realistic backdrop.

However, my issue with this movie is the story. It’s so simple and generic for a studio usually does anything but. In comparison to the aforementioned “Inside Out,” this movie seems like the most basic and bland kids movie imaginable.

It’s still a movie that’s fun to watch, and I don’t regret seeing it by any means, but it’s one of the rare instances where I left the theater after seeing a Pixar movie feeling disappointed.