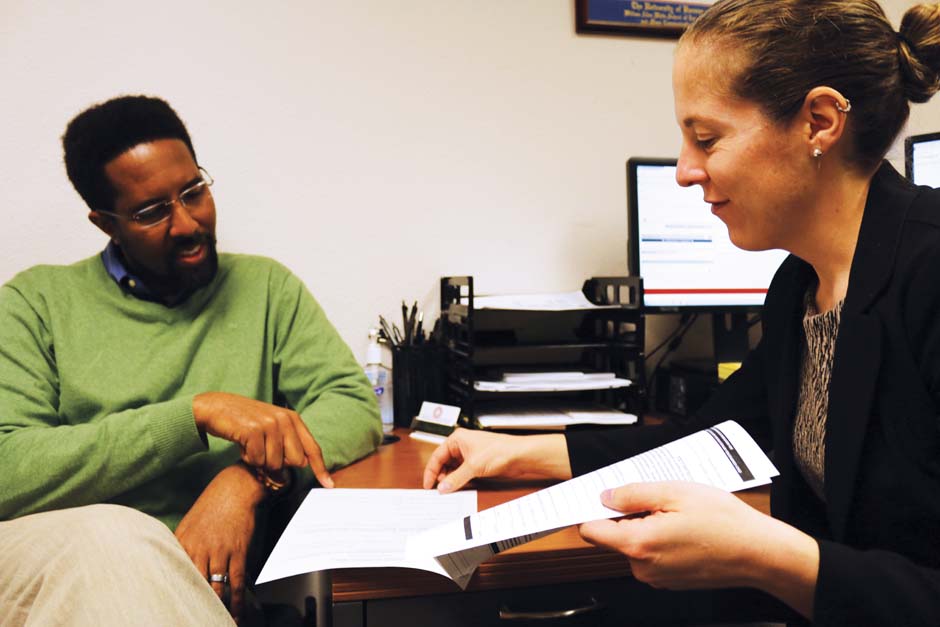 The Academic Advising office does its best to ensure the enrollment process is smooth and efficient for all students. The volume of students can run high and errors can occur when details are overlooked.

Advising Director Tammy Madden said the Academic Advising office had over 22,000 visits in the fall. She said fine details can be crucial to each of these students. As an example, Madden discussed transfer credits.

“If you intend to transfer, meeting with an academic adviser is very important,” Madden said. “ The four-year institutions discern what credits will transfer.”

Madden stresses the difference between peer advisers and academic advisers.

“Peer advisers mostly take on the roll of enrollment,” Madden said. She said academic advisers plan the schedule for students,” she said.

Madden said the college also offers faculty advisers to those with a declared degree program to assist with career planning and internships.

All students are assigned a faculty adviser when they declare a major, but students can change advisers through the academic advising office.

Madden says, like with anything else, enrolling involves some risk.

She said her adviser didn’t seem interested in helping her.

“When I said I was going into proctology, he said he didn’t know what that was and he would just put me in diversified studies,” Fiorello said, “It seemed like a rushed decision.”

Nursing major Abdi Mahdi said he also had a negative encounter with the Academic Advising office.

Mahdi said he also felt advisers had looked down on him as an international student.

“Because of my accent they think I’m less intelligent,” Mahdi said, “But I’m no different than anyone else.”

Williams said they take measures to avoid problems like these as much as possible.

In the training program student workers learn the ins and outs of the Advising office. In week two they shadow other advisers. In the third, they are shadowed by other peer advisers. The final week has them shadow other offices to better understand how the school operates.

Peer Adviser Guy Nembhard said that extensive training pays off and has allowed him to enjoy his work more.

“I also like to personally connect with students when I speak with them,” Nembhard said.

He said he would never look down on a student for their accent.

“I enjoy culture,” Nembhard said. “My wife is Kenyan. I grew up in Jamaica, so when I got here, my accent was really thick.”

Madden says the advising office is always open to helping all students succeed in their academic career and continues making strides toward this endeavor.

“We want to strengthen our availability across campus,” Madden said.