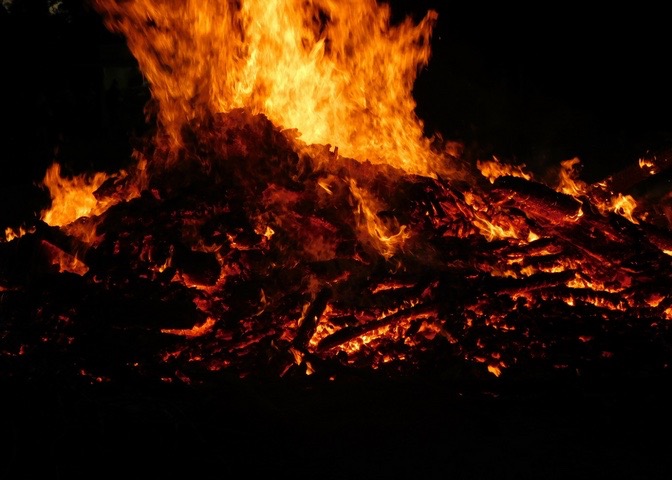 The site is near Quinton, about 100 miles southeast of Tulsa. It is still unknown what caused the explosion.

Public safety officials identified the missing as Josh Ray, Matt Smith, Cody Risk, Parker Waldridge, and Roger Cunningham. Until the medical examiner can identify the bodies, they are presumed dead.

Seventeen people were evacuated from the site. One person was hospitalized for burns.

Tony Say, a representative of Red Mountain Energy, the company who operates the well, said this is the first time the company has ever encountered anything like this. “I’m here today with a very heavy heart,” he said. “Our thoughts are with those whose lives have been impacted beyond words by this tragedy. Our staff is absolutely devastated.”

Investigators are asking if there were safety violations that might have lead to the explosion.

Andy Hendricks, president and CEO of Patterson UTI Energy, says that safety is a top priority for their company.

“We’ve operated across North America for a long time, and are one of the safest companies in the industry,” he said.

Hendricks didn’t say if there had been safety violations at the site, but said there have been in the past at others.

Three of the five people worked for Patterson UTI Energy.